Situated in the Southern Alps, at the borders between the Hautes Alpes and the high Provence Alps, at the gates of Queyras and the Ubaye valley, near Vars resort (at 1946 metres above sea level) and near the summit of mountain Vars, the 4 star eco-sustainable hotel Névalhaia Le Chalet is set in the Fontbonne valley, in front of the Peynier mountain and the larch forest of Châtelret and Paneyron peak.

Here one can wander around lakes and pastures, marvelling at every step in front at the mountain flowers and landscapes of the Escreins valley- the municipal natural reserve, between 1600m and 3385m of the Pic de la Font-Sancte. One can also climb the alpine hills on a bicycle or mountain-bike, try flying in a glider from Saint-Crépin (20 km away), play golf at Bois Chenu in Barcelonnette (35km away), discover the local military and religious architecture or simply savour the mountain air and calm in the quiet... at Vars there are many ways to recharge your batteries.

Vars pass (2019 metres) is also a historical stop on the Route des Grandes Alpes, a tourist road itinerary inaugurated in 1911 under the aegis of the Touring Club de France.

The Tour de France has passed over the mountain more than thirty times.

The area has been a stopping off point for a long time (the army of Francis I crossed the pass in the summer of 1515 to reach, through the Larche mountain, the Po Valley in Italy and fight near Marignano, south of Milan, on 13th and 14th September). Vars mountain connects Ubaye with Queyras and Embrunais on the borders between the Southern Alps and Piedmont. There is also a shelter from the Napoleonic era built in 1855 to host travellers in case of extreme weather conditions.

Today from spring to autumn, the Vars mountain route is a must for cyclists, motorcyclists and sports and period cars enthusiasts.

At the foot of the northern side of the Vars mountain, the village of Guillestre is the at the crossroads of these high Alpine valleys. A little bit further on, you can visit the extraordinary town of Mont-Dauphin, which was built from scratch by Vauban in the 18th century and now a UNESCO's World Heritage site. It is an archetypal mountain fortress, with its arsenal, powder kegs, barracks, bastions and an unfinished church. There is also a surprising classic-style architectural cluster in local pink marble which in summer hosts concerts and exhibitions of local artisan products.

The gorges of Guil, east of Guillestre, lead to the Queyras valley and the hilly village of Saint-Véran with its traditional well preserved wooden houses.

A little bit further away, we find the town of Briançon, which was also fortified by Vauban.

From the southern side, the pass makes it possible to reach the elegant Piedmontese town of Cuneo and the French town Barcelonnette, a lively place with an atmosphere characteristic of further south, thanks to the Spanish influence (a town centre with a rectangular structure of Roman origin) and unusual Mexican-style villas. These beautiful buildings were built by immigrants of Barcelonnette who left for Mexico where they made their fortune.

Being at the border with Italy, Ubaye is also characterised by military fortifications and in particular Ouvrage Lacroix and Ouvrage Saint-Ours, bastions of the Alpine Maginot line.

There are definitely no shortage of interesting excursions in the region!.

A design stopover on the Legendary Alpine Road
Bed & Breakfast

The more your stay, the more you save ,from 5% off on a 2night stay to 20% off on a 7night stays. Relax in the large whirlpool  ....and meanwhile your hybrid or electric car recharge

The hotels of Vars are offering one night when buying four nights for the following dates of arrival: June 25, July 9, July 16 and July 23 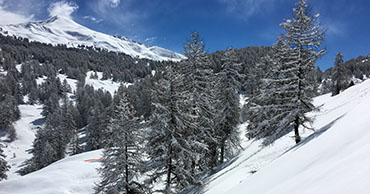 Less is More 54  one free night
Bed and Breakfast 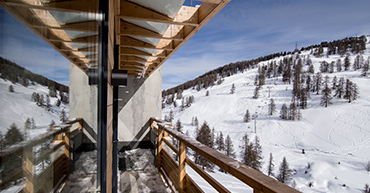 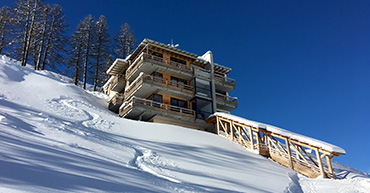 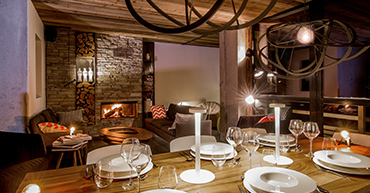 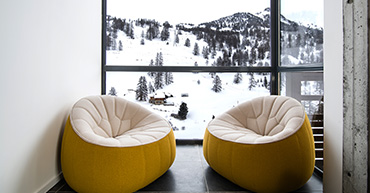 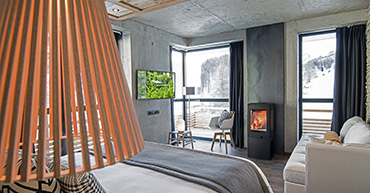 From 397€ per person sharing a double Classic room
(offer available from Sunday 2 until Sunday 30 January,, offer cannot be combined with other offers) 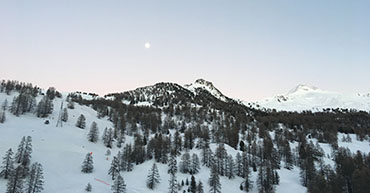 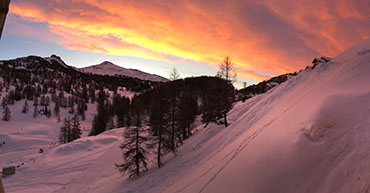 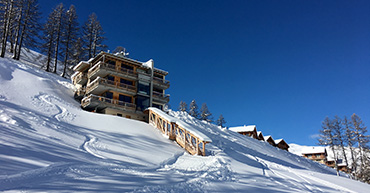 
Weekly rental , sleeps 10 and up to 12 with children and tennagers , 5 rooms ensuite , à la carte service available
* depending on operating conditions of the Lift System Company